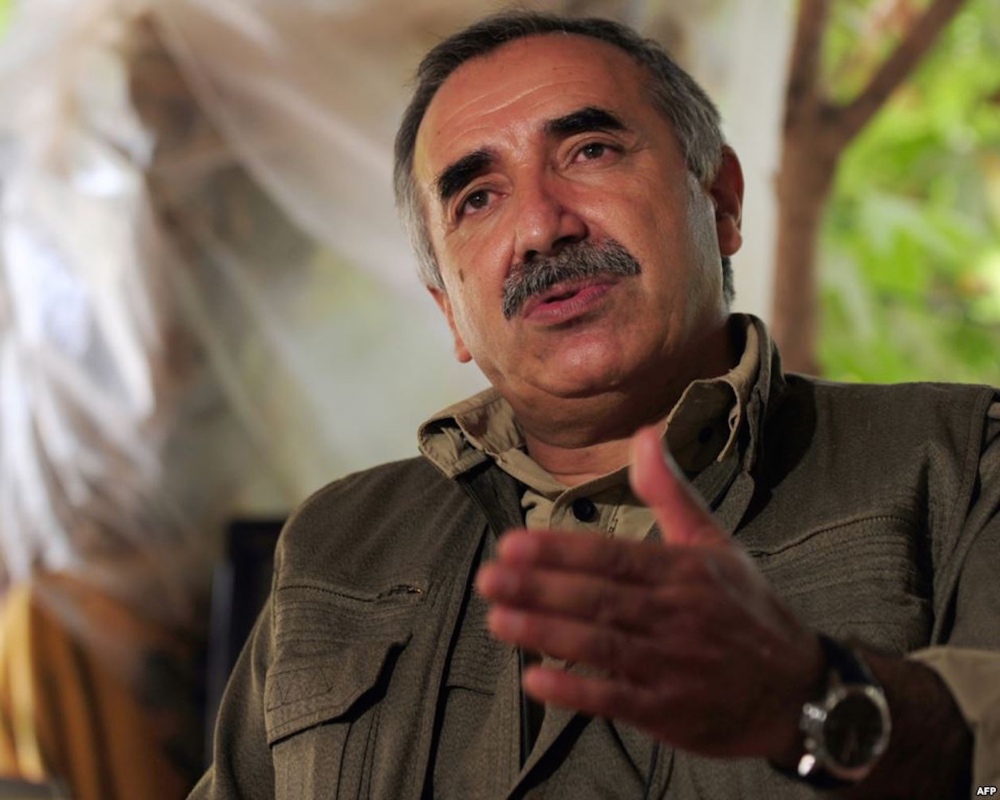 Commander-in-chief of the headquarters of the People's Defence Forces (HPG), Murat Karayilan, strongly denied any involvement of his Kurdish forces in the ongoing war between Azerbaijan and Armenia, in the Nagorno-Karabakh region.

While French President Emmanuel Macron, Russia's Foreign Ministry and the Syrian Observatory for Human Rights are accusing Turkey of buying off and sending the Syrian mercenaries and islamist-terror gangs to fight against Armenia, as part of Erdogan’s attempt to hijack the Azerbaijan-Armenia conflict, Turkish-Azeri propagandists are falsely claiming that the Kurdish HPG-forces have been sent to Nagorno Karabagh to help Armenians.

But according to EU and NATO official sources, up until now, they have not “received any convincing information or facts from the Turkish side on the involvement of Kurdish forces”. The Ministry of Foreign Affairs of Armenia is calling the Turkish accusations as an obvious propaganda attempt, aiming to hide its own agenda to destabilize the South Caucasus.

Speaking to Kurdish media, Commander-in-chief of the headquarters of the People's Defence Forces (HPG), Murat Karayilan, strongly denied any involvement of his forces in the ongoing war between Azerbaijan and Armenia in the Nagorno-Karabakh region.

“This is all typical black propaganda by the Turkish regime, within the framework of psychological warfare, in order to justify its terror, massacres and war, that are now also committing in Caucasus. These accusations are mere fabricated lies, in order to cover up their own illegal and nefarious plans. Undoubtedly, Russia's so-called balancing policy provides the Turkish fascist state with many benefits and opportunities to continue its crimes against Kurds, the Syrian people, Armenians, Greek and Cypriots” said Mr. Karayilan.

General Karayilan underlined that, “there is a lot of hidden facts and missing pieces in the Turkish propaganda regarding the ongoing war in Nagorno Karabagh. Just before the Turkish-Azerian attacks against Armenians, in order to prepare the ground for their war, Turkey and Azerbaijan reported that 300 HPG-PKK guerrillas crossed into Armenia. So first they prepared the ground, then they started attacking Armenians. All this information clearly indicates that this was a planned attack, long ago prepared and organized. In the recent years and months, there has been increased cooperation between the two countries, including, weapons and high technology exchange such as the UAV-SİHA, joint military exercises, as well as the transport of Turkey’s paid islamist-terror gangs from Syria to Azerbaijan”.

Mr. Karayilan also pointed out that his Kurdish movement is not a force that could fight for anyone's sake or for money, but a well-known and respected revolutionary movement with a clear ideology and high principles. “We, the Apoist guerrilla forces have a clear ideology and principle; our guerrilla forces do not go anywhere on anyone’s behalf, and we do not fight for anyone else but our cause. But if this were to happen, it would only happen according to our ideological perspectives: This means that we can of course be in solidarity with national-democratic-revolutionary forces, but only if it happens according to our ideology and political views, this would be possible”.

General Karayilan also expressed his criticism on the Armenian state and its governmental policy towards the Kurds: “The Armenian people, like us Kurds, are a people victimized, having gone through a genocide. Today, we Kurds are under the same knife. So our destiny is somewhat close. It’s quite normal that we Kurds can be in solidarity with the Armenian people, like we do with all oppressed and victimised people across the world. But the Armenian government / state does not have such common revolutionary ideological perspectives or the necessary principle for such a cooperation, as we do. In other words, there is no political stance from Yerevan that turns itself into a will and a political position that can strengthen itself, and make the effort to establish relations with the Kurdish people and revolutionary movements, within this framework”.

Speaking to Med-Diplomatic, the Spokesperson of the Ministry of Foreign Affairs of Armenia, Mrs. Anna A. Naghdalyan highlighted that: "This is an obvious fake accusation, aimed at balancing credible reports on the transfer of foreign terrorist fighters by Turkey, from the Middle East to Azerbaijan, and diverting the attention of the international community from the destabilizing acts of Turkey in the South Caucasus."