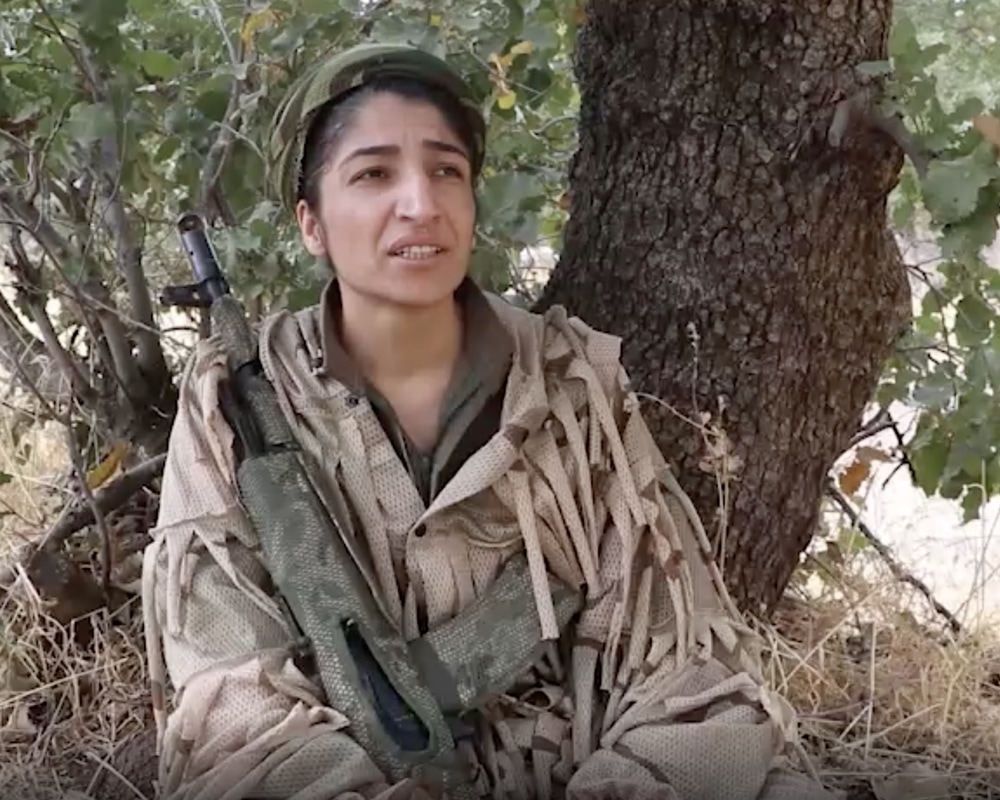 Guerrilla Serhildan Viyan Çiya said that the Turkish state, which continues the invasion attacks on Heftanîn, cannot stop the guerrilla, and added: "All the resistance fighters in Heftanîn are fighting with great morale."

HPG and YJA Star guerrillas continue to fight off the invasion attacks carried out by the Turkish state in Heftanîn.

Guerrilla Serhildan Viyan Çiya spoke about the resistance in Heftanîn and she started by commemorating the martyrs of Heftanîn. "Every friend who fell martyr heroically participated in the resistance of Heftanîn. Their struggle put the enemy in a very difficult situation. We will stand in the legacy of our martyrs and walk in their footsteps.”

Guerrilla Çiya added: “No matter how much the enemy's technology develops, it cannot break the resistance in Heftanîn. This country is our country, the mountains are ours, the guerrilla will live here, not the Turkish state. These fascist forces cannot take shelter in Heftanîn. We watch the whole movement of the enemy and witness what kind of fear they experience. Technically, no matter how far they advance, they cannot stop the guerrilla. Life and resistance continue in Heftanîn. All the guerrillas are fighting with high morale."

Stating that the Kurdish people also witnessed the guerrilla's resistance, Viyan Çiya said: "People and guerrillas are like flesh and nail. People's rebellions give great morale to the guerrilla. There is a heavy process in Kurdistan, but no matter what happens, we will win. As YJA Star we are actually fighting on two sides: We are fighting both against the male-dominated mentality and against the invading enemy.”

Guerrilla Viyan Çiya ended her remarks with the following words: “There is a heavy burden on the guerrilla's shoulder, but our people's burden is heavier. More organization is needed. Every Kurdish youth should know that he should play a role in this process. Guerrilla life is the most beautiful and dignified life. This year, we will make our party's anniversary a success. In this framework, we will develop the initiative launched by our movement. It's time to free Rêber Apo [Abdullah Ocalan]. We salute all of our people, especially our leadership, on the anniversary of the founding of our party, the PKK."