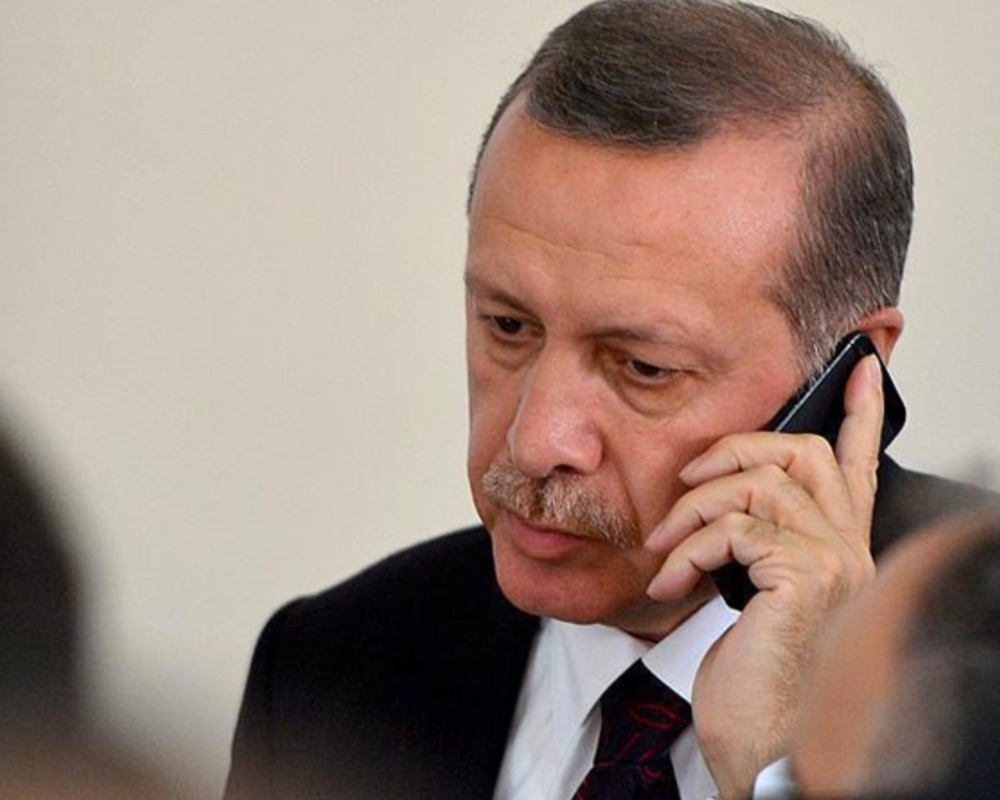 Turkish President Recep Tayyip Erdoğan illegally handed over a government-issued secure phone to a representative of a one-time al-Qaeda financier so that his conversations could not be intercepted.

According to a wiretapped communication between Erdoğan’s chief of staff Hasan Doğan and Osama Qotb, who represents Saudi businessman Yasin al-Qadi, who had been listed as an al-Qaeda financier on both the US Treasury and UN lists for many years, the two discussed how to set up a phone call using the secure phone.

During the conversation between Doğan and Qotb, which took place on March 18, 2013 at 18:53 hours over regular mobile phone lines, Erdoğan’s chief of staff told Qotb that his boss, Erdoğan, asked Qotb to call him on his residential phone in three minutes using the secure phone. “Did they teach you how to make the call?” Doğan asked, prompting an affirmative response from Qotb, indicating that he had earlier received training on the use of the phone by Erdoğan’s men.

Qotb briefly went through how he would be making the call with Erdoğan’s chief of staff and said he would push a green button on the phone to make the secure the call.

It appears that President Erdoğan gave the phone to Qotb in order to cover his tracks while doing business with his uncle, al-Qadi. Qotb had been pursuing his uncle’s interests in Turkey in close cooperation with Erdoğan’s son Bilal in corrupt and shady business schemes.

In another phone call between Doğan and Qotb a day earlier, Erdoğan’s chief of staff inquired where Qotb was and asked if he was in the vicinity of Erdoğan’s Istanbul office at Dolmabahçe Palace. It appears that Erdoğan wanted to talk to him in person and that his chief of staff was about to summon Qotb. It turned out Qotb was in Italy and said would be back to Turkey the next day.

The secure phone connection was the second choice of Erdoğan, to be used only when a personal meeting was not possible.

Both al-Qadi and his nephew as well Erdoğan’s son were leading suspects in an investigation into corruption pursued by prosecutors in Istanbul and were the subjects of detention warrants issued on December 25, 2013 by the prosecutors. However, Erdoğan stepped in, illegally preventing the execution of the warrants by ordering the police to ignore the prosecutor’s orders. After the removal of the prosecutors and police chiefs who were involved in the investigation, Erdoğan managed to whitewash the crimes of his associates.

In addition to business deals conducted with the help of Erdoğan’s abuse of authority, al-Qadi family members and their associates had also pursued a secret Muslim Brotherhood agenda with respect to Egypt and Syria. Al-Qadi had secretly met with both Erdoğan and Turkish intelligence chief Hakan Fidan multiple times on his visits to Turkey. During some of his travels to Turkey, al-Qadi was still under UN and US sanctions, and he was supposed to be denied entry to Turkey. Yet Erdoğan sent his own bodyguard to pick him at the airport and to make sure he was allowed to enter with no paper trail.

The wiretap of Qotb’s cell phone was authorized by a Turkish court that was overseeing terrorism-related cases.