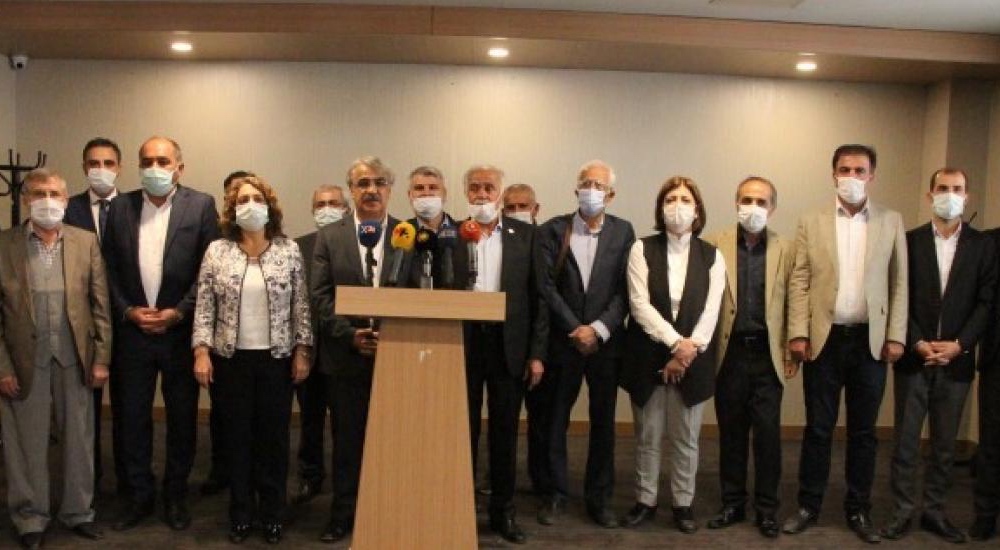 “There had been some visits after the elections to do this, but today was the first time it was discussed openly and concretely to make the Kurdistani Alliance permanent,” HDP Co-chair Mithat Sancar said after the meeting.

The groups will continue to work on concrete efforts to further the alliance, Sancar said.

National unity is an important issue for Kurds, because “the Kurdish people’s existence as a nation is under threat,” Sancar said.

“Kurds’ national rights are denied recognition or constantly targeted. As such, political representatives of a people whose existence and rights are under threat have an obligation to meet at a common line,” he added.

The alliance has a potential to vastly contribute to democracy in Turkey, Sancar said. “A democratic transformation in Turkey does not seem possible without contribution from Kurds, as the experience to date shows.”

Such a transformation in turn will encourage the advancement of democracy in the Middle East, the co-chair said.

The alliance draws strength from Rojava, Kardaş added, using the Kurdish word for the region in northern Syria where Syrian Kurds established a de facto autonomous zone after civil war broke out in 2011.

“Today’s meeting is not for the sake of elections, but so we can work together for the national line,” Kardaş said.

HDP, as the largest Kurdish party in Turkey, has supported Turkish opposition parties in recent years against the ruling Justice and Development Party (AKP), especially in the 2019 local elections where the party urged its base to vote for opposition candidates, contributing to historic wins in Istanbul, Ankara and several other provinces.