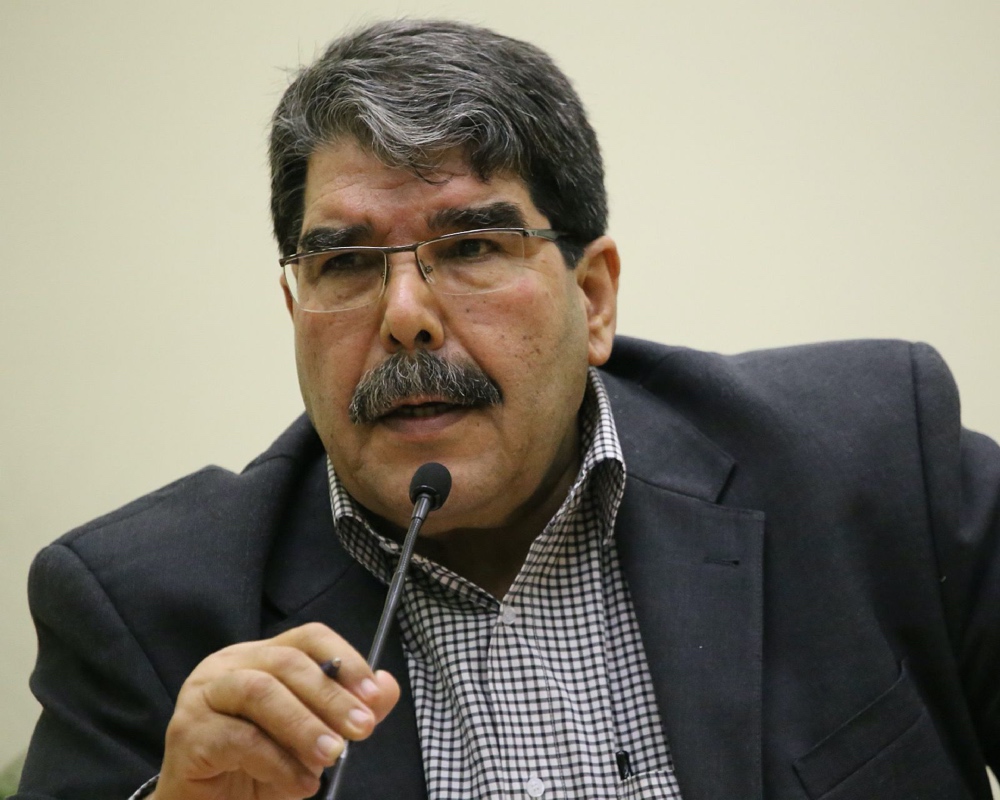 Salih Muslim said that the attacks of the Turkish occupation state will fuel the civil war, and that this war is targeting the Kurdish people.

Member of the Diplomatic Relations Body of the Democratic Union Party, Salih Muslim, spoke to Hawar News Agency about the political genocide campaign by the Turkish authorities against the parliamentarians of the HDP, activists and women's organizations.

Muslim noted that the Turkish state seeks to destroy the Kurdish people and democracy.

Muslim said that the Turkish state established its authoritarian regime based on the fascist mentality, adding: “Today all mafia gangs are at the helm of power in Turkey. Today, the greatest force leading the vanguard of the struggle for democracy is the HDP. Therefore, the authorities do not stop targeting this party at every opportunity.

The aim of these attacks is the elimination of democracy and the Kurdish people, as many parliamentarians of the HDP are already in prisons without trial; this is against the laws. The Turkish state continues to implement its plan to exterminate the Kurdish people. Killing and occupation, arrests, torture, burning and demolishing of villages, as well as the continuous attacks on southern Kurdistan and Rojava. The Turkish state does not hesitate to attack when and where the opportunity arises.

They could not bear the idea of the victory of the Kobane resistance.

Muslim touched on the global support and rallying around the Kobane resistance, and said in this regard: “During the Resistance, we appealed to the peoples of the world to raise their voice against these brutal attacks, and the first of November was declared a day for Kobane Resistence, which confirmed the time to circumvent and global support for this resistance. During that period, we also mentioned that even if ISIS is eliminated, those who support ISIS and other mercenary groups pose a great danger, and they must also be fought, and if they are not fought, ISIS will come to life again. This is what we see on the ground today, The campaign of annihilation that continues today includes the message that 'We will revive ISIS' and as long as the parties that support ISIS, use it and finance it are not addressed. The threat of ISIS will not disappear from the world, and therefore we call on the world to work to put an end to the parties that support ISIS and to their head is the Turkish state. "

"Attacks will fuel the civil war."

The Turkish state has reached a state where it will not be able to continue except through bloodshed. This is one of the signs and indications of collapse; it is a dangerous stage, the Kurdish people must be vigilant about that and work to protect their gains, if Turkey succeeds in its plans, this means the elimination of the Kurdish people and democracy in the Middle East. "