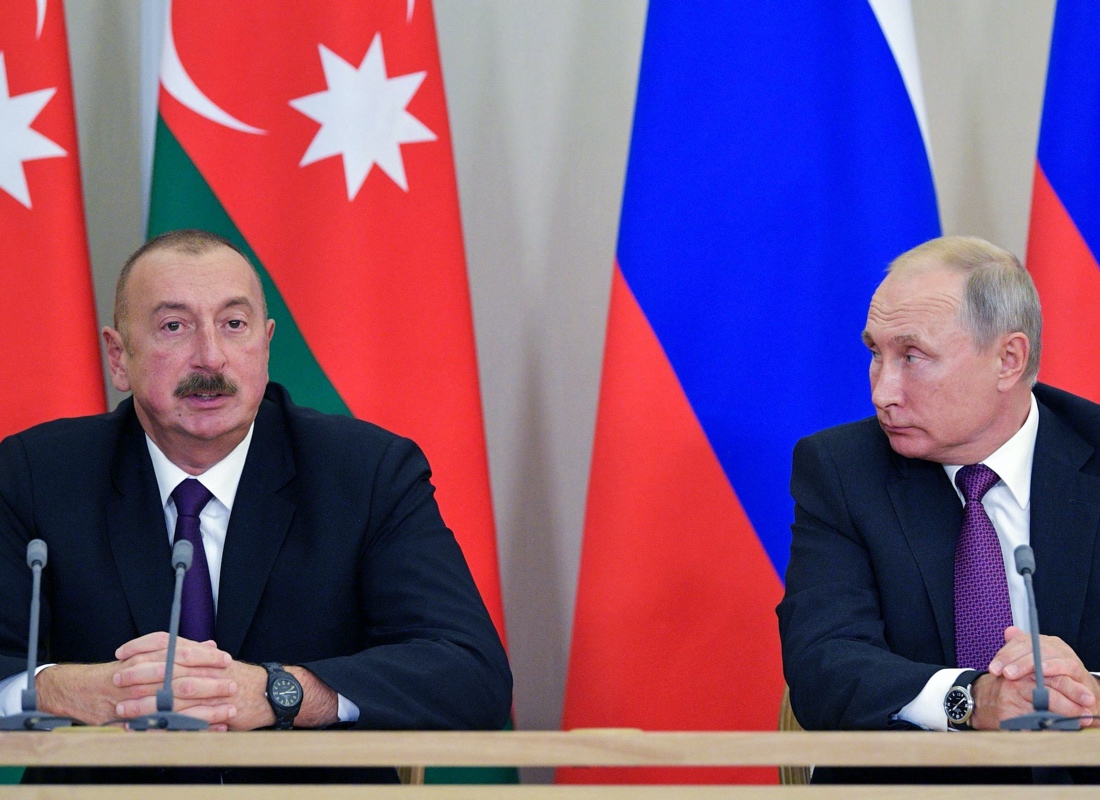 The Azerbaijan-Armenia local conflict may well become a regional war involving more countries in the Caspian region. Indeed, besides Azerbaijan, Armenia and Turkey, Russia and Turkmenistan may get into the picture next.

Turkey is facing bigger than ever domestic economic problems as well as a progressive international isolation from the major western powers, the USA and the EU, plus Russia. In the last decade, in order to maintain power at any cost, the Turkish President Recep Erdogan, established an authoritarian regime progressively turning into a dictatorship, which destroyed the economy and sunk the country into economic scandals involving mostly the inner circle of the president’s family. To divert public opinion from the real problems, Erdogan engaged in external wars, in Syria, Libya and now Armenia while he staged a potential war against Greece and Cyprus claiming drilling rights in certain areas of the Aegean Sea which by the existing international agreements do not belong to Turkey. The oxymoron is that the way oil prices developed after the virus pandemic, offshore drilling is (and because of the rapid development of alternative energy sources and natural gas) economically unfeasible while it is marginally feasible to keep operating the existing ones (Kashagan, etc.).

We should note that Turkey has expanded the Military’s Footprint with bases in the following countries. Albania, 20 to 250 troops in Vlorë naval base, with 2 frigates. Azerbaijan, buildings and structures in Gizil Sherg military town, and one terminal building located in the airfield in Hacı Zeynalabdin settlement. Iraq, a base with 2000 personnel. Turkey has more than 20 military and intelligence bases in two provinces of Erbil and Dohuk of Iraqi Kurdistan. Libya, airbases at al-Watiya, Mitiga and Misrata, in addition to Zwara. Northern Cyprus, a total of 30.000 armed forces of the Republic of Turkey are currently in active duty Cyprus Turkish Peace Force Command. Qatar, a base with 5000 personnel. Somalia, camp TURKSOM with 200 personnel (could increase to over 1000). Syria, bases in Al-Bab, Al-Rai, Akhtarin and Jarablus with at least 5000 personnel. New bases were followed at Atme and Darat Izza.

However, under the nightmare of collapse and the ghost of Fethullah Gülen looming over his head, Erdogan must invent external enemies, as the only way to secure power. Under the circumstances, Washington is moderately critical because Turkey is still a major member of NATO. Certainly, if the USA ever decides to abolish NATO, it will not let others take the initiative. USDOD will do it.

The EU while its territories are directly threatened by Turkey is keeping also a moderately critical, however firm, stance under the pressure of Germany. Indeed, some five million Muslims live in Germany who were never integrated into the German society. They are all well organized, under Ankara’s control, with thousands of Mosques, Islamic cultural centers, schools and ghettoes and the German government has neither the power nor the determination to oppose the permanent Turkish blackmail.

As Turkey, despite the mild wording, was forced by the bloc to downgrade the belligerent tones against Greece and Cyprus, two EU member states, and get into talks, in order to maintain the momentum, Erdogan instructed Ilham Aliyev, the leader of Azerbaijan, to declare war to Armenia over Nagorno Karabakh and seven surrounding districts, an area of Azerbaijan near the border with Armenia, inhabited exclusively by Armenians. In 1988, a liberation guerrilla war started in the area, when Karabakh demanded from Moscow to be transferred from Soviet Azerbaijan to Soviet Armenia. The conflict escalated into full flagged war in 1990 and, in view of the dismemberment of the Soviet Union which took place officially on December 26, 1991, two weeks before, on December 10, Nagorno Karabakh was self-declared Republic of Artsakh.

Azerbaijan is the most cooperative satellite of Turkey and is designed to have an important role in the future Turkish plans, which provide for the establishment of an Islamic Alliance. It is designed to be a kind of NATO of the Muslim world which will protect the interests of Muslims world-wide and its first target will be the Islamization of Europe.

Turkey has deeply penetrated in the Azerbaijan presidential administration which explains the various deals in sectors of oil gas and pipelines. In the same context, Erdogan instructed Aliyev to declare war to Artsakh and it is not coincidental that Armenian military are finding syringes and opioids in the pockets of killed Azeri soldiers’, a tactic commonly used by the Turkish army in Libya.

The Caspian region is a geographical area where still most serious Russian interests are deployed. Besides Iran, all other countries around the Caspian and beyond were Soviet Republics with deep rooted Russian interests. Therefore, if Azerbaijan wins, it will lose because Russia will take the opportunity to show everybody, who are the playmakers in the Caspian.

Russia was prohibited to fly over Turkey and Georgia to help Armenia, but this cannot stop Moscow from intervening and turn a border conflict into a regional war when it thinks it will be necessary. Also recently, Russia referred to the Collective Security Treaty Organization (CSTO) or as known the Tashkent Treaty, signed by Armenia, Belarus, Kazakhstan, Kyrgyzstan, Russia and Tajikistan, that obliges them, if called by Armenia, to enter the conflict.

One of the long-standing open issues in the area is the claim of Turkmenistan on the Oil Rig outside Baku. The Oil Rig is located a few miles from Baku, facing Turkmenistan and according to Baku falls within the territorial waters of Azerbaijan. However, Ashgabat claims that as the Caspian is a lake, not sea, the Absheron peninsula which penetrates 37 miles into the lake, has no continental shelf rights therefore, the oil rig falls in the territorial waters of Turkmenistan. Given that the Russians control all international trade of Turkmen oil and gas it is not difficult to imagine what might happen in the case of an extended conflict in the Caspian.