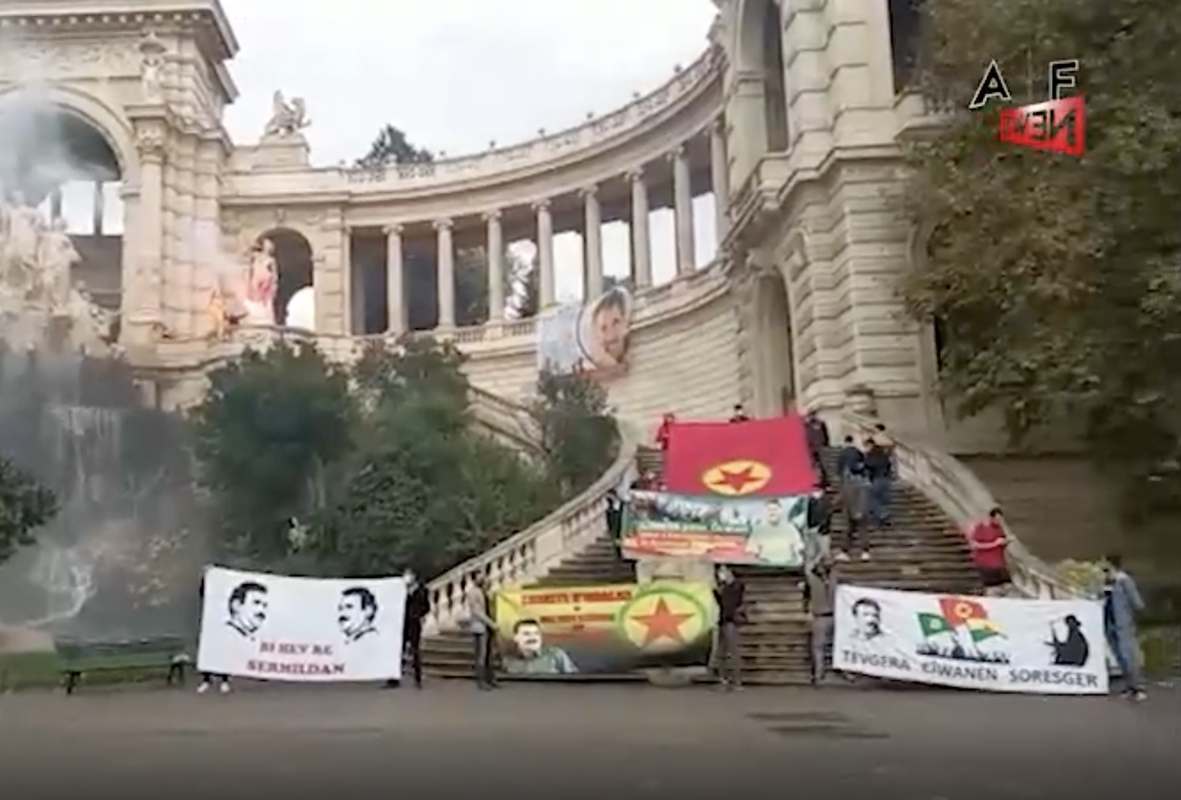 The action, organized with the slogan "End to Isolation, Fascism, Occupation: Bi Hev Re Serhildan", was held in the Parc Longchamp area.

The youth unfurled a "Freedom for Öcalan" banner written in many languages with a photograph of the Kurdish people's leader in front of a historical building.

The activists also unfurled a large PKK flag and banner in French saying "The Time has come: Freedom for Abdullah Öcalan" and "Bi Hev Re Serhildan".

Condemning Turkish fascism, the youth demanded freedom for the Kurdish people's leader. The action took about half an hour.