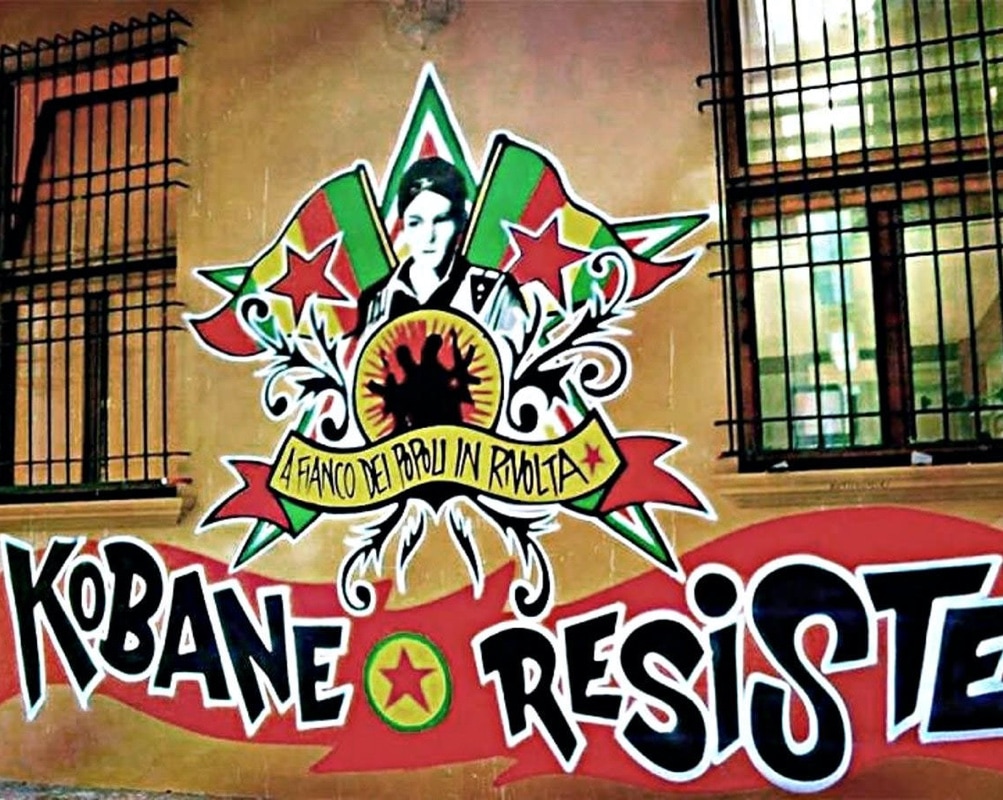 World Kobane Day was launched by the Kurdish Freedom Movement and its supporters in response to the horrific news of Islamic State’s (ISIS) siege of the city of Kobane in late 2014.

Solidarity with Kobane, victory to Rojava, freedom for Kurdistan

World Kobane Day was launched by the Kurdish Freedom Movement and its supporters in response to the horrific news of Islamic State’s (ISIS) siege of the city of Kobane in late 2014. Kobane’s fate was a historic moment in the struggle of the Kurds, and it inspired a groundswell of international solidarity with the Kurdish people’s resistance.

The legacy of Kobane can never be forgotten. It represented a clash of two fundamentally conflicting views of the world in which we want to live. It was and remains a struggle for the future and at stake is the very nature of the world that we are creating. The struggle of Kobane and the existence of Rojava communicates hope not only for the Kurdish people, but for all peoples who are looking for an alternative to the oppressive, destructive, conflict ridden world that treats human life and humane values as valueless and places society above the planet and its resources.

Kobane represents a new approach to running society, one that is founded on fullest participation in popular decision making, the pursuit of an inclusive, fairer, non-exploitative grassroots democratic organisation, where men and women are equal, people of all ethnic backgrounds and religions enjoy mutual respect, and where the common goal is the building of a new society based on cooperation.

The importance of World Kobane Day therefore should not be understated. The resistance in Kobane led by the young men and women freedom fighters of the YPG, YPJ and SDF inspired solidarity from people all over the world and the battle with ISIS became a symbol of our collective liberation as human beings. Kobane was the key event that first put the Rojava Revolution on the map.

In short, Kobane made history and lives on as long as hope lives.

Against formidable foes, in recent years, Kobane has been rebuilding; people forced to flee for their lives have returned. Buildings that were destroyed during the siege of the city are being rebuilt and essential infrastructure restored. What is more, the new model of participatory democracy developed from the writings of Abdullah Ocalan is still being implemented as the actual physical work of reconstruction takes place.

Kobane survives and the spirit of resistance generates hope despite all the destruction inflicted by its enemies amassed against it, especially the constant threats of military intervention from Turkey and its proxies.  That is why Peace in Kurdistan supports Kobane and stands in solidarity with the Kurdish people in their historic struggle which is the struggle of all humanity.

The survival of Kobane and the building of Rojava are the hope of humanity that a better world is possible. The stakes cannot be higher. Six years on, we therefore extend our greetings to the men and women of Kobane and the entire Kurdish people as they honour the martyrs on this important anniversary.