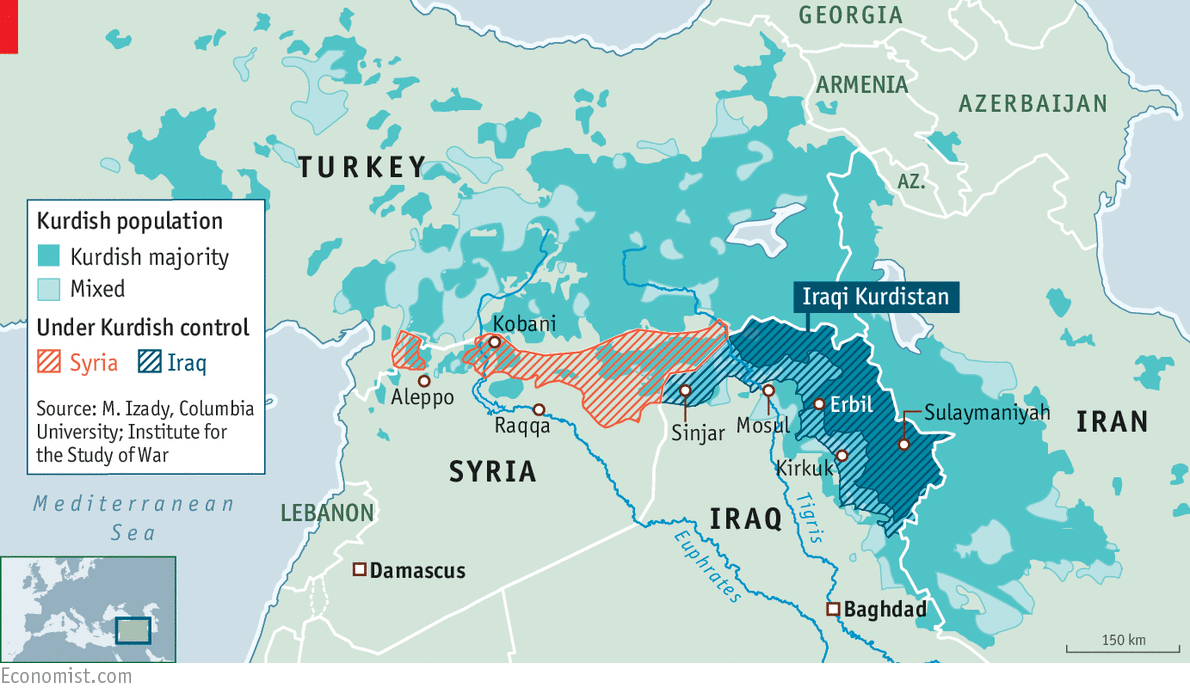 Head of the Democratic Union Party Office in the Euphrates region Ismail Sam'o pointed out that the aim of Turkey is to separate all parts of Kurdistan by its efforts to control the region of Haftanin, stressing on the necessity of unifying all Kurds to confront the Turkish assaults on the Kurdish areas.

Turkish occupation's brutal attacks have been launching since 14 July, on Haftanin, which is located on legitimate defense zones in order to impose its domination, while People's Defense Forces (Guerrilla) have confronted these attacks bravely.

On this context, Ismail Sam'o say "Turkish state led by AKP and president Erdogan seeks to eliminate all the gains that have been achieved in all areas of Kurdistan, he aims to strike at the Kurdish federalism in Başûr (southern Kurdistan, strike at the peoples' achievements in Rojava (western Kurdistan) and reviving the old Ottoman Sultanate and proceed with the fascist regime which he leads in the name of Muslim Brotherhood in the Middle East through targeting the region of Haftanin.

According to the international law Turkey violates the sovereignty of Iraq by targeting the Haftanin region, which is located in legitimate defense zones in the Iraqi Kurdistan region, but the Iraqi government still remained silent towards these attacks.

He added that " 3 months have passed after launching Turkish offensive on legitimate defense zones and Haftanin area in particular, by using sophisticated weapons, warplanes and new technics, declaring victory, all this untrue, because the battle is still going on and the Turkish army still shells those areas with heavy weapons.

Ismail noted that Turkey tries to separate the four parts of Kurdistan not only to control the Haftanin region, saying:" due to Turkey's animosity to the Kurdish people, it backed the ISISI's onslaughts on both Sengal and Kobani, but it failed to achieve victory, so, and after it failure in Haftanin, it targets Kurdish politicians in arrest campaigns against members of the People's Democratic Party

The AKP has targeted members and administrators in People's Democratic Party in arrest campaigns at the end of the late month on the charge of taking part in demonstration held between October 5th and 9th, 2014.

On the silence of the Başûr government on the Haftanin region, Ismail said " the KRG not only kept silent, but it reacted simultaneously by digging trenches on the border between government on the Haftanin region, added  "The Kurdistan Regional Government was not satisfied with silence about the attacks launched by Turkey on the Haftanin area in the legitimate defense areas, but it showed a simultaneous reaction to those attacks by digging trenches on the border strip between Başûr and Rojava."

Local Kurdish analysts and politicians have criticized the KRG's silence on the attacks on legitimate defense zones, digging trenches by the KRG across the border between Rojava (western Kurdistan) and Başûr (southern Kurdistan) resulted in anger amongst Kurds, where demonstrations were held in many areas in protest of digging trenches on which the KRG never commented.

Ismail concluded by saying " we wish that Kurdish political parties achieve national unity to be able to save attacks on Kurdish areas, and to stand together in international arenas to ask our legal rights.  And called on the Human Rights organizations and the United Nations to stop the attacks and the massacres against the Kurdish people.