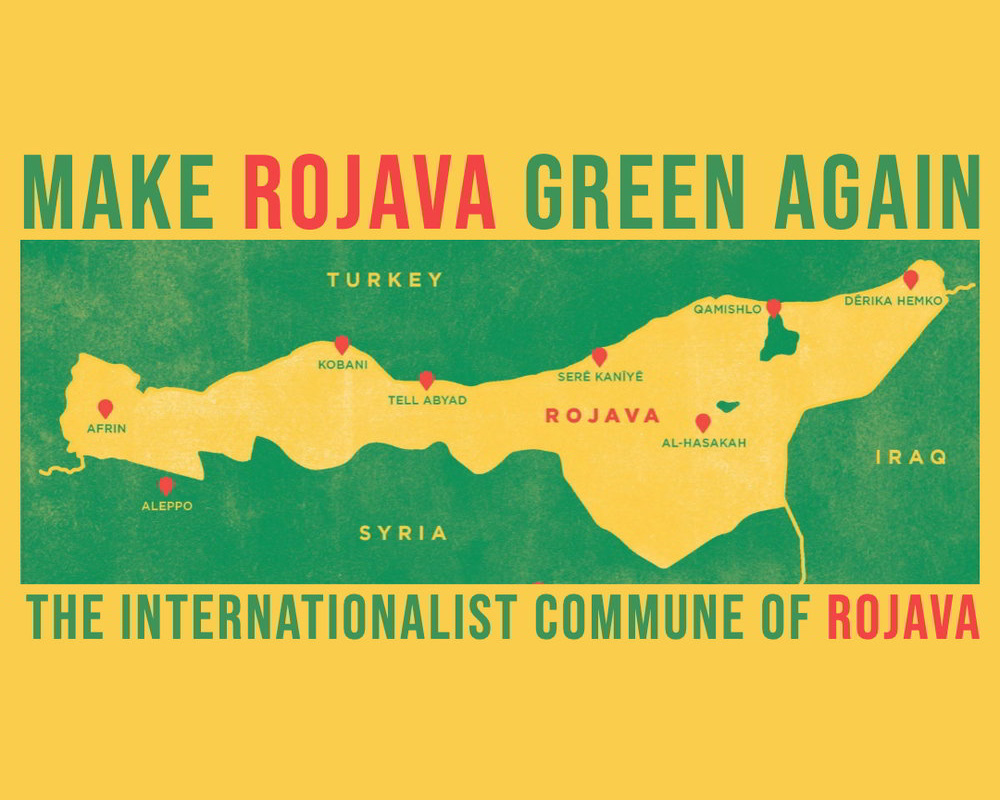 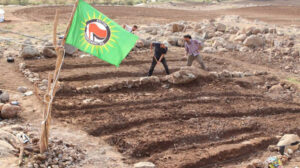 The environmental conscience in government, should be more than expected from a community that take its reference from Murray Bookchin, founder of social ecology and libertarian municipalism, and Abdullah Öcalan, the architect of democratic confederalism.

With the support of the Federation of Northern Syria, International volunteers gathered in an assembly called the Internationalist Commune of Rojava, in order to work on the “Make Rojava green again” campaign, making proposals and undertaking actions. 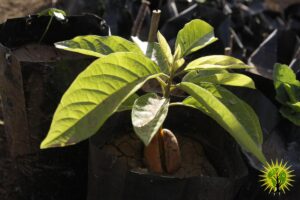 The Internationalist Commune was founded in 2017 and today it’s an exemplary eco-village and a model for agricultural solidarity.

The Social Contract limits the powers of capitalism, forbidding investments that “don’t take into account the ecological balance” (article 42), and guaranteeing private ownership “unless it contradicts the common interest” (article 43). Nonetheless, the ultimate aim is to completely overcome capitalism through a participative ecological revolution.

From the very start of the revolution, the distribution of land which was expropriated from the Syrian state and given to cooperatives, was accompanied by a commitment to diversified cultivation as well as to the development of farming and the planting of trees in order to reestablish a biological diversity and contribute to alimentary self-sufficiency. By also utilizing ancestral agricultural techniques, the society is being led to a more socially just ecosystem. 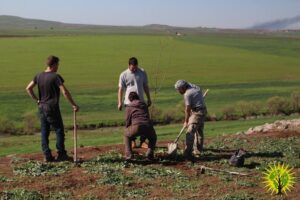 Other examples could be mentioned which elucidate the point, in particular with reference to agricultural cooperatives or to the municipal garden and parkland services. In the same spirit, the local government supplies the citizens with large number of plants, different types of fruit trees (olive trees, pomegranates, peach trees and grapevines), forest plants or decorative plants, in particular rose bushes, as well as ornamental plants.

At the same time, the Internationalist Commune has created its own plant nursery, contributing to the reforestation of areas belonging to the commune as well as other zones in the Cizre region.

The peoples’ efforts have been challenged by the Syrian climate which is characterized by annual droughts, the destructive construction of dams by Turkey, the Turkish war crimes in general (such as the torching of Afrin’s symbolic olive groves), and the damages inflicted on the irrigation systems by the war.

Nonetheless, the people in Rojava are hopeful and are entrusting the next generation to lead the way. At school, the children become acquainted with ecological issues through an active pedagogical approach - for instance by letting them cultivate a garden which will not simply be a parcel of land, but rather a symbol of liberty and the desire to re-build after the brutality of war.