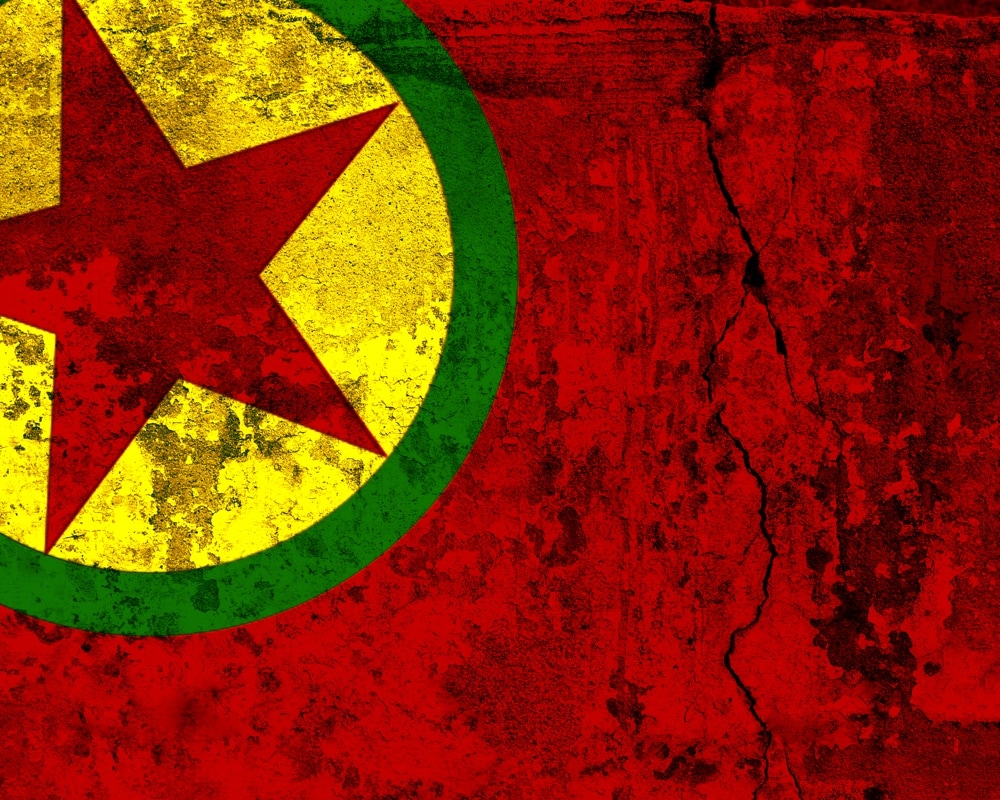 PKK calls on everyone to join KCK's 'Time for freedom' campaign

Calling for a strong participation in the campaign launched by the KCK, the PKK said: "It is time to win freedom by destroying the AKP-MHP fascism! Join the resistance and freedom campaign! You too, fight against fascism and win freedom!"The Kurdistan Workers' Party (PKK) Executive Committee statement released a statement on the campaign launched by the KCK (Kurdistan Communities Union) on September 12 for freedom against occupation, isolation and fascism.

The PKK statement reads as follows: "The KCK Executive Council has issued a comprehensive statement called ‘End Isolation, Occupation and Fascism! Time to Ensure Freedom!’ In the past week, there has been very strong participation in the freedom campaign in four parts of Kurdistan and all over the world. Workers and laborers, intellectuals and artists, especially women and youth, and all patriotic and democratic forces poured into the streets; they cried out demands for freedom and democracy against isolation, occupation and fascism.

The Kurdistan Freedom Guerrilla has announced that it will successfully lead this resistance campaign.”

The PKK continued: “On this basis, we salute all those fighting for freedom and democracy, and in particular for the freedom of Leader Abdullah Öcalan, against the Imrali isolation, the occupation of the Republic of Turkey and the AKP-MHP fascism. We wish you success in your deep historical struggles. We remember the heroic martyrs of this struggle with respect and gratitude and express our unwavering belief that they will surely win great victories. We call on all who stand for freedom and democracy against fascism and occupation to join and mobilize stronger in this freedom campaign that aims at victory!”

The statement underlined that “isolation, occupation and fascism have been embodied by the AKP-MHP dictatorship. Therefore, the collapse of AKP-MHP fascism will also mean the end of isolation and war. This is why it is crucial to end with the torture and isolation system in Imrali and to achieve the freedom of Leader Apo. A democratization that will develop on the basis of the freedom of Leader Apo will overcome all kinds of male-dominated, fascist, colonialist, genocidal mentality and politics, and ensure the development of any free life and democratic society on the basis of women's freedom. Therefore, it is a struggle that includes everyone, all the oppressed and exploited. This means that the resistance and freedom campaign launched by the KCK is in the interest of all the oppressed and therefore it is everyone's campaign.”

The PKK called on everyone in Turkey to “join the campaign launched by the KCK. We call first of all on the HDP but also to all anti-fascist democratic forces of Turkey, all the people of Turkey, youth and women, to join the campaign to overthrow the AKP-MHP fascism and democratize Turkey and we urge everyone to work for a united democratic revolution to deliver victory!

It is clear that the relationship and alliance between the Kurdish and Arab peoples is the most revolutionary alliance of today's Middle East.

This alliance and the struggle to be developed on this basis will defuse all threats and invading attacks carried out by the fascist Turkish State and will succeed in creating a new Middle East based on the freedom and brotherhood of the peoples.

On this basis, we call on all Arab political forces, especially the Arab peoples and socialist-democratic forces, to actively participate in the resistance and freedom campaign we have developed on the basis of the joint struggle against the fascist Turkish occupation, and to fight together!

We are also calling on all Iranian peoples to a common struggle against fascism in order to create a democratic Middle East where all peoples live in brotherhood!

We call on all socialist and revolutionary-democratic forces of the world, ecologists and women's liberal movements to actively participate in the freedom campaign launched by the KCK to save humanity from the AKP-MHP fascist threat!”