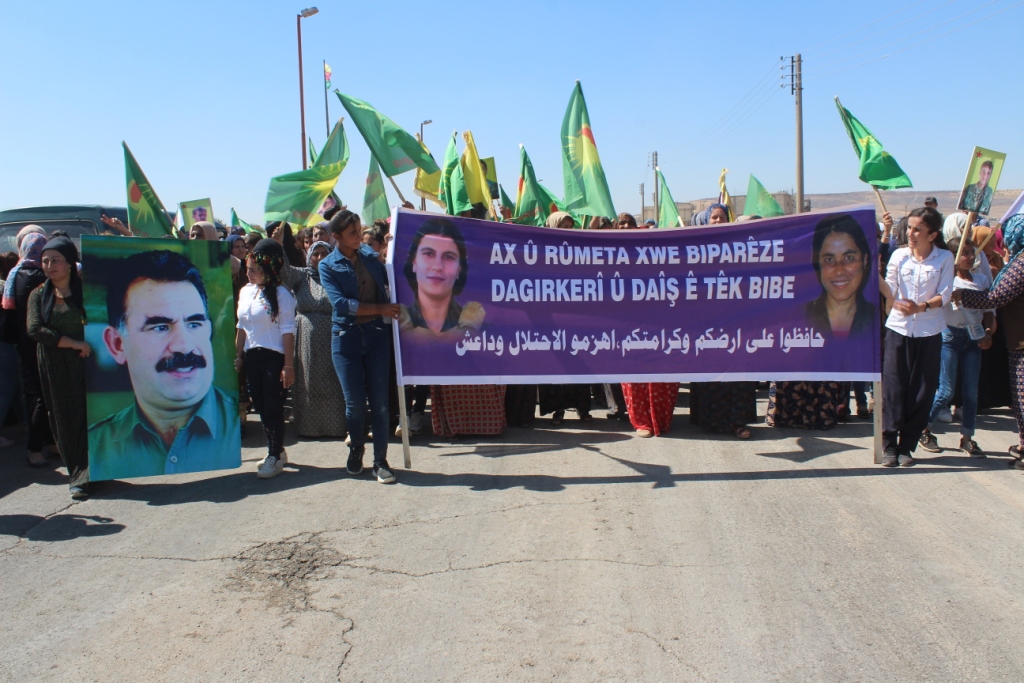 Lawyer Azad Abdi stressed that '' the political extermination campaign launched by the Turkish occupation state against Kurds in Bakur(northern) Kurdistan is violating of the international law'', calling all jurists, politicians and the people in Rojava to support all detainees, who have been arrested in this campaign.

Day after another, the Turkish occupation state reveals its animosity to the Kurds in the places they settle and specially in Bakur(northern) Kurdistan, for the Turkish state has launched in a new phase of violations against Kurdish politicians and activists on the charge of solidarity with the city of Kobani during ISIS attack six years ago.

Neither journalists and nor the Kurds were safe from political extermination campaign that launched against the Kurds in Bakur by coordinating MIT, where 4 journalists have been captured from Mesopotamia Agency.

In this context, the Kurdish jurist Azad told Hawar news agency ANHA" What is being done by Turkish state like, arbitrary arrests against the Kurdish citizens due to their announcement to support Kobani city, when attacked by Islamic States' gangs in 2014, that is violating international law and the United Nations' Charter according to article 9 of the UN Universal Declaration of Human Rights, that stipulated nobody is allowed to be arrested or punished arbitrarily''.

Azad added '' the whole world sympathized with Kobani at that time but no state behaved in a way that Turkey did towards its citizens where it imprisoned them because article 19 of the human rights states that everyone enjoys freedom of opinion and expression without harassment."

Abdi indicated that'' Turkish state supported ISIS gangs, and we have irrefutable evidence of supporting ISIS, so it tries to take revenge from those who supported Kobani city's resistance, after defeating ISIS.

Abdi concluded his speech by calling on ''politicians and intellectuals and the people in Rojava to support the political extermination campaign detainees via statements and demonstrations, and standing with them in this time because they supported us in our plight."

It should be noted that the attorney general in the Turkish capital Ankara issued yesterday an arrest warrant for 82 people days ago, for their participation in demonstrations held between 5th and 9th October 2014, when ISIS gangs attacked Kobani city.