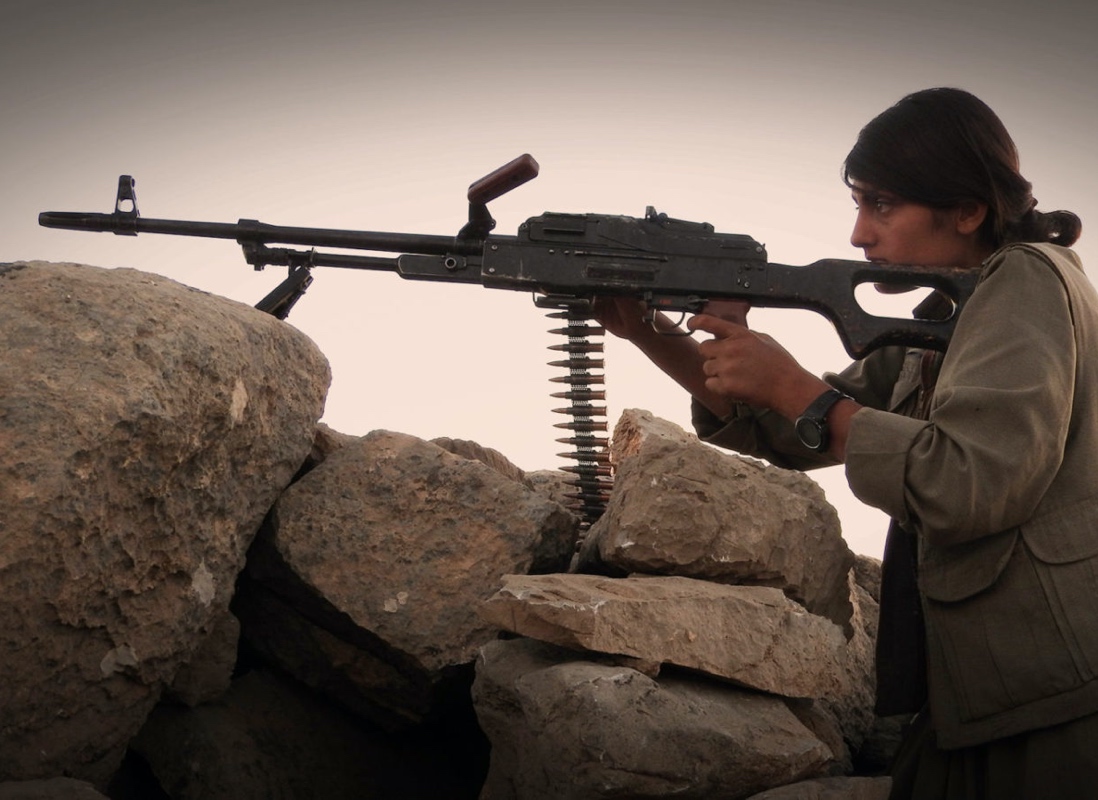 According to HPG, at least thirteen Turkish soldiers died during guerrilla actions in the Avashin region of Southern Kurdistan. YJA Star commander Eylem Dilxwaz, who was injured in the course of the fighting, lost her life.

In the area of Avashin in the guerrilla-held Medya Defense Zones in Southern Kurdistan (Northern Iraq), at least thirteen Turkish soldiers have been killed in actions of the People's Defense Forces (HPG), reported the HPG Press Office on Saturday. According to the statement, the actions were carried out on November 4 and 6 on the occasion of the offensive "Dema Azadiyê Ye" (Time for freedom). Eylem Dilxwaz, a commander of the women's guerrilla YJA-Star, who was injured in the course of the clashes with the occupying forces, was martyred. HPG expresses their sympathy to her family.

Regarding the details of last Wednesday's action, which took place in Deriyê Girana near Govendê, the statement says: "Our forces advanced from two sides: one wing concentrated on two positions of the occupying forces, which were completely destroyed by effective strikes. The second wing successfully targeted surrounding shelters". According to the HPG, six soldiers were killed here. The same day, the Turkish Air Force transported the dead and injured soldiers out of the combat zone before the nearby village Hermuş was bombed by fighter jets.

The action carried out yesterday, Friday, also took place in the Govendê region, but was directed against a military road between Hill Xwedê and the Girana Gorge. "After a brief observation, the occupiers were effectively put under fire from close range. Following the action, clashes broke out between our forces and the occupying troops. We can safely confirm the death of seven occupiers here. Our comrade Eylem, who led the successful infiltration action, was injured in the fighting. Despite prompt evacuation from the combat zone and medical intervention, she could not be saved. Eylem Dilxwaz has joined the caravan of the martyrs.