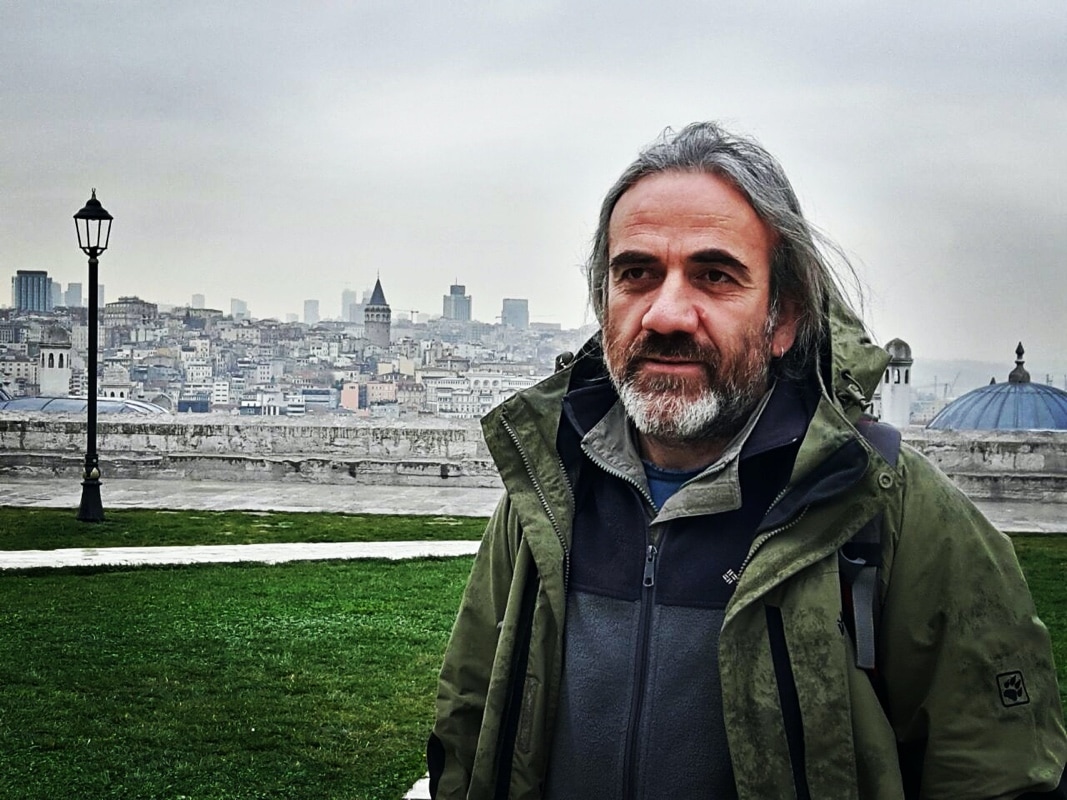 Yannis Vasilis Yaylalı: Today's war crimes are worse than those of the 90's

Yannis Vasilis Yaylalı, who has served in the Turkish army, said that the war crimes during the AKP-MHP rule, have now exceeded 10 times over the crimes of the 1990s and that this tragic reality can no longer be hidden.

As a Turkish soldier, Ybrahim Yaylalı, who fought and participated in war crimes in Kurdistan in the 1990s, was captured by guerrillas and released after being held for 2 years and 8 months. Yaylalı, who was nurtured by the Turkish-Islamic racist ideology in his family environment, at school and most recently in the army, underwent a major transformation during his captivity. He came in contact with the ideology of the Kurdish leader, Abdullah Ocalan. In addition, he learned from a letter the state sent to his father that he was of Greek descent. Declaring that during his captivity he regained his humanity and freedom, he adopted the name Giannis-Vassilis Giailali. Yailali said the current practices of the Turkish government and the guilty historical heritage on which Turkey's persecution is based on, should not be ignored anymore. Based on this guilty history, policies of slaughter, deportation, looting and rape have been systematically implemented by the Turkish state. He stressed that these crimes, which are now worse even than those of the 90's, can no longer be denied.

Some time ago, Yailali managed to cross over from Turkey to Greece, and now remains a conscientious objector and peace activist. According to Yailali, the massacres, genocide, rape, looting and forced Turkification carried out by the regime, clearly symbolize the transfer of Ottoman practices to the Turkish Republic. "For 150 years, this area has been forcibly Turkified. At that time, the New Ottomans, the Islamists, sometimes the Unionists and sometimes the Kemalists who came out of the Unionists, all shared the same goal. They have never used any democratic practice. The Assyrians, the Armenians and my own people, of whom I later learned of, were all victims of the Turkish state, as was the case with the Pontian genocide. These are obviously people who have nothing to do with the Turks and the beliefs of Sunni Islam. The continuing aggressive stance against Greece and Cyprus today is obvious and is taking place in the same context. What is being done against Armenia by the Azeris is also obvious. What is happening today is the perpetuation of the 150-year-old policy of Turkification. They use all kinds of dirty and criminal practices".

The necessity of action and resistance

Since the Ottoman Empire era, the system of looting and rape operates and is legitimized in the name of the "conqueror". Giannis Vassilis Giailali said that if the Greeks, the Armenians, the Assyrians were considered enemies and were being looted, having been robbed and raped, the same practices were applied and are still being applied against the Kurds. They base this right on the name of "conquest". Stating that the current Turkish occupying force is the sum of all the savage remnants of the Ottoman and former Turkish empire, Vassilis Gayilali said: "Today we are facing a Turkish state and an army in despair. For this reason, not only the Kurds, the dissident Turks, the Armenians and the Greeks, but the whole region is under the tyranny of this dangerously desperate and isolated regime. Kurdistan, Greece, Armenia are all under the same tyranny. For this reason, it is imperative that we act together against the false leader who sees himself as another Emver, Talat, Kemal and his dangerous and criminal team. "If we do not react to what is happening now, what we are going through today will be way lighter than what will happen tomorrow."

Our memory of the genocide must now define our decisions

Stressing that all neighboring states, all people and all of Europe must realize the racist, fascist, religious and Ottoman character of the Turkish state, Giannis Vassilis Gayilali went on to say: "All countries and people must see this reality and act accordingly. Especially us Greeks, Greece, which suffered the crime of genocide from the ancestors of these same Turks. The Armenians and Armenia must also reconsider their relations with the fascist Turkish state and their relations with the Kurds. "The practice of ignoring the genocides and massacres and continuing on with their lives, when they do not happen to be targeted by Turkey, has to stop."

"If they do not want this fire to spread to their own countries, they must mend their relations with the Kurds. In fact, it is the same with Iran and Syria. "

Giannis-Vassilis Giailali stated that his wish was to address the public as a former war criminal: "Today, there is a situation that has far exceeded the 1990s situation, tenfold. In the past, we have committed war crimes to a limited extent and made great efforts to conceal them. Today, these murders, the rapes of Kurdish women, killing people by throwing them off helicopters alive, the kidnappings and massacres are all becoming much clearer and in open view. The values ​​of not only the Kurdish people but of all humanity are being targeted. We saw the attack on Hagia Sophia. We have seen what this vengeful, racist, political Islamic alliance has done against the peoples of Iraq and Syria. I would like to say that this fire of hatred and violence is going to spread over to the Caucasus, the Middle East, Africa and even Europe. Therefore, I urge you to stop this madness, and put aside your short-term interests. This is both my humanitarian duty and my duty to the Kurds, who, as a former war criminal, treated me wit respect and as a human being and brought me back to humanity. "Everyone must act knowing that the Turkish state will one day turn against them as well."