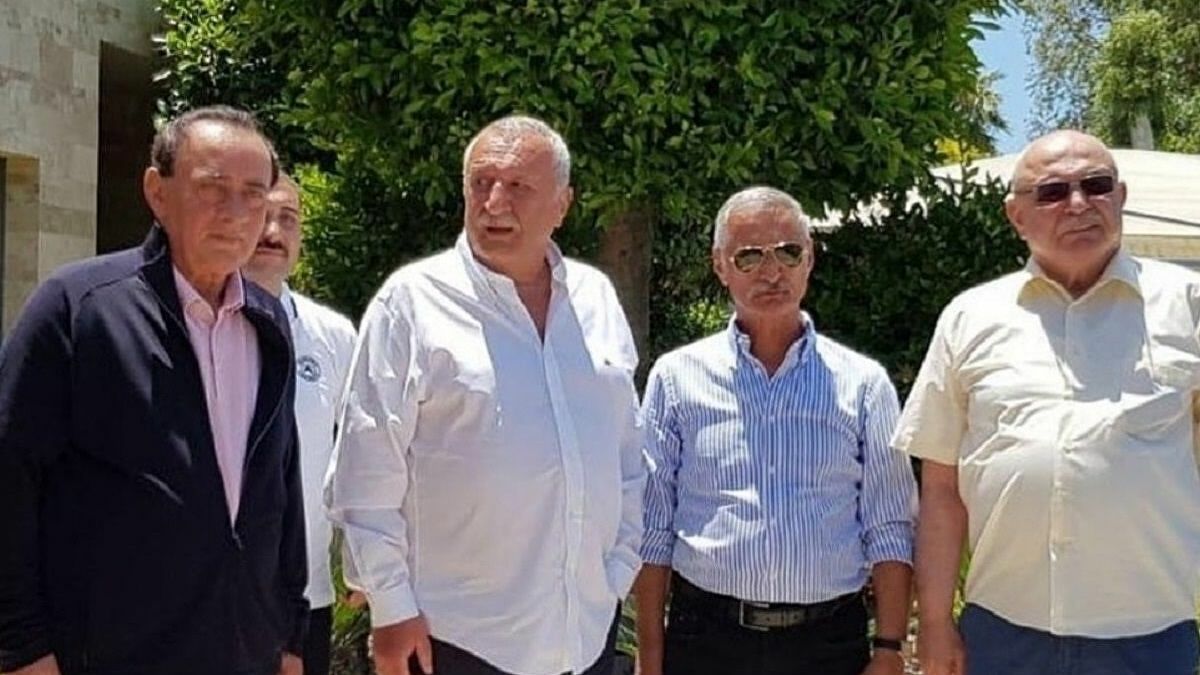 The meeting made the news after a photo of the four — some of the shadiest figures in recent Turkish history — was shared on social media by Üzeyir Çakmaktaş, known to be close to Çakıcı.

He also shared a note with the photo in a tweet, saying, “Our heroes Alaattin Çakıcı, Mehmet Ağar, Engin Alan and Korkut Eken, who bore all kinds of difficulties and paid the heaviest price, including [serving time in] prison, to allow the Turkish government to exist forever.”

Ağar and Eken served brief prison sentences as a result of trials concerning the Susurluk scandal, which surfaced in the wake of a vehicle collision that occurred in Balıkesir’s Susurluk town in 1996.

The relationship between the government, security forces and organized crime was brought to the public’s attention through the Susurluk case, which involved claims that the deep state had been responsible for many unsolved crimes that mainly took place in the country’s predominantly-Kurdish Southeast in the 1990s.

The deep state was alleged to be a group of anti-democratic coalitions within the Turkish political system, including high-level figures from the Turkish military, security agencies, judiciary and mafia.

Another example of the relation between Turkish politicians and the mafia is the link between President Recep Tayyip Erdoğan’s ally Devlet Bahçeli, leader of the Nationalist Movement Party (MHP), and notorious mafia leader Çakıcı.

In May 2018 the MHP leader on Twitter called for a general amnesty, arguing that Çakıcı, who he deemed “a lover of the nation,” must be released from prison. Bahçeli continued to show his support for the mafia leader, as he visited Çakıcı a few days later when he was briefly hospitalized.

After serving 16 years of his decades-long sentence, Çakıcı was let out of prison in April as part of a new law allowing for the release of tens of thousands of prisoners to ease overcrowding in Turkish jails during the coronavirus pandemic while excluding political prisoners convicted on terror charges.

The meeting came as Turkey’s Justice and Development Party (AKP) government has been increasing its crackdown on Kurdish people and politicians from the pro-Kurdish Peoples’ Democratic Party (HDP).

In its latest operations against Kurds, the ruling AKP has been criticized by dissidents for allegedly returning to the methods of the 1990s, which were marked by unsolved murders, with many still searching for the perpetrators.

Two Kurdish villagers, Servet Turgut and Osman Şiban, were allegedly tortured and then thrown from a military helicopter only days after being detained in an army operation in Turkey’s eastern Van province on September 11.

Turgut died after 20 days in intensive care, while Şiban is still suffering from partial memory loss, according to his lawyer, who spoke to Amnesty International about the incident.

Throwing people to their death from a helicopter was a known method of torture in Turkey in the 1990s, when the Kurds were the victims of extraordinary violence. Human Rights Watch (HRW) reported in 1995 that suspected female militants were thrown from a helicopter on May 14, 1994, citing a “reliable” witness.

Earlier in October, 17 HDP politicians were arrested for their alleged role in protests in Kurdish majority cities against what is seen by many as the Turkish government’s tacit approval of the Kobane siege in 2014, when Islamic State in Iraq and the Levant (ISIL) militants laid a prolonged siege on a Kurdish town in northern Syria.

The operation led to a decrease in the number of mayoralties run by the pro-Kurdish party. Of the 65 municipalities won by the party in the March 2019 polls, only six remain, with none of them representing provinces, but instead districts and towns.

The HDP is accused by the Turkish government of links to the outlawed Kurdistan Workers’ Party (PKK), a Kurdish group designated by Ankara as a terrorist organization that has waged a separatist insurgency against the Turkish state since 1984.