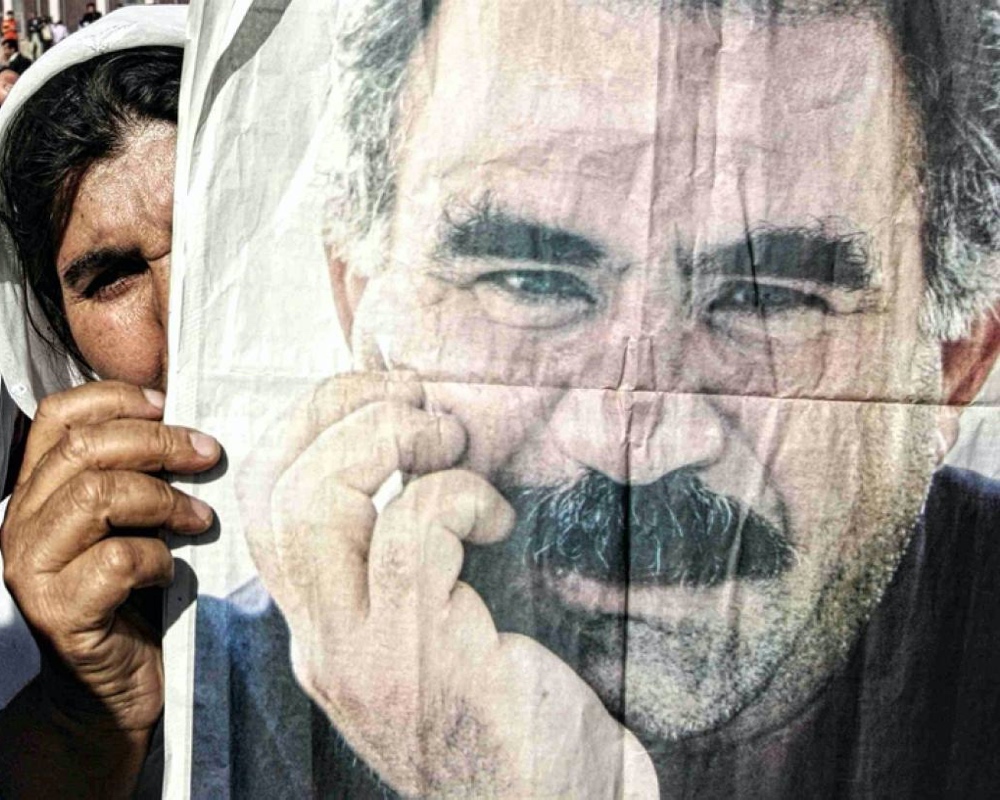 The insistence on the Imrali isolation system and the genocide attacks that have developed together with isolation are introduced for this purpose.

The AKP-MHP fascist dictatorship aims at the construction of a new hegemonic state in 2023. Apart from the Kurdish denial and annihilation, it aims to eliminate whatever belongs to the Atatürk Republic. The AKP has already been building the judiciary, army, police, intelligence, economy, education, arts and culture and press of the state step by step for eighteen years. The AKP wants to remove the Kurdish Freedom Movement and realize Kurdish genocide on the centennial of the republic. Thus, it is establishing a new state based on the Turkish-Islamic synthesis which relies on the Kurdish genocide, not on the democratization of the Republic. In this respect, it sustains the isolation on Leader Apo and increases the persecution of Kurds, women and democracy forces.

AKP considers Leader Apo's Democratic Nation, democratic republic solution as a major obstacle to its 2023 goals. The insistence on the Imrali isolation system and the genocide attacks that have developed together with isolation are introduced  for this purpose. The AKP thinks that the isolation policy works properly and serves to establish its own state. To this end, the fascist power uses the policy of isolation and war as an effective weapon to control and tame parties within the system.

The AKP perfectly takes advantage of the nationalist hysteria of the CHP and other statist parties while destroying the state established in 1923. The fascist rule links its survival strategy to survival of Turkey. The desire to destroy HDP is because of the fact that HDP is an effective opposition power.

The CHP acts with nationalist reflexes and comes to rescue every time the government. It justifies fascist attacks and maintains the life of the government by doing sinister deeds. By racing for nationalism with the AKP-MHP government, it facilitates the process of building  AKP state.

CHP, DEVA and the Future Party which constantly promotes law and justice cannot make even a single sentence to critisize the Imrali isolation. However, the legal and justice system, which can barely be found in the Atatürk Republic, have been abolished by the Imrali isolation regime. With the Imrali regime, not only democracy and justice, but all the values ​​of humanity are being removed. The place where justice and democracy should be sought is in Imrali.

CHP DEVA and the Future Party, if they claim to bring justice and law to Turkey, should have the courage to say a few words about the Imrali isolation-torture system. For 22 years, national and international law have been disregarded on Imrali, and thus a major crime against humanity has been committed. The existence, freedom will and identity of a people in the person of Leader Apo are ignored and subjected to genocide.

If we wish to secure law and justice we need to break the Imrali isolation system. If the Imrali isolation-torture system is destroyed, fascism will collapse. Fascism is destroyed not by aligning with the AKP-MHP government, but by developing a struggle and resistance against AKP-MHP fascism. Fascism; It is destroyed not by retreating from streets and squares t, but by crying out for freedom, equality, democracy and justice from streets and squares.

Arguing that we can destroy fascism by elections is to help to establish the AKP's own fascist state. It is clear that this fascist government will want to win by tricks in the election, will not accept it even if there is a result against it and will continue its rule by force. As a matter of fact, the experiences of HDP municipalities are obvious.

At the current stage, the AKP-MHP fascism has no legitimacy. No matter what it does, it cannot hide ugly truth. This government, which survives through war and cruelty, can absolutely be replaced  if struggled. As one writer said; "If you live in fear and intimidation, no matter how fast you go, the shadow of fear will stop you." However, it is not the shadow of fear that will stop this government, but the social resistance that will develop under the leadership of democratic and libertarian forces.

The Kurdish problem in Turkey can not be solved by denial and destruction policies. The politics of denial and annihilation always lead to fascism. Leader Apo's solution to the democratic republic is the main solution to the Kurdish problem and the chaos in the region. Projects of Leader Apo are the power of freedom, equality, democracy and justice. October 10 Global Freedom Day for Öcalan is very significant in this respect.