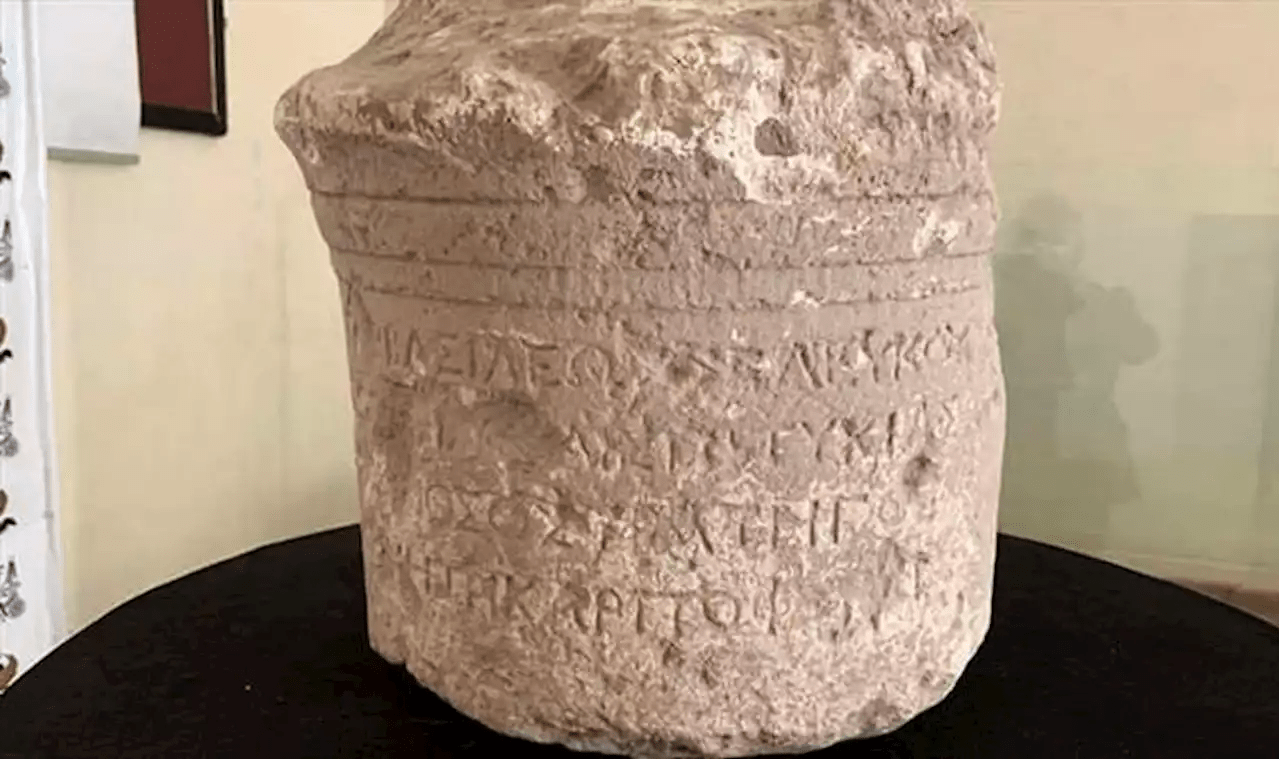 Archaeologists in the Iraqi region of Duhok have unearthed an ancient stone artefact. And experts have now dated this coarse stone cylindrical object, which has an inscription in Greek, to 165 BC. Although archaeologists discovered the ancient item in March of this year, its age has only now been verified.

“After careful study, we found out that the stone tablet is engraved with Hellenistic script and dates back to 165 BC”.

The Hellenistic era is the historic period that followed the death of Alexander the Great in 323 BC.

Mr Ahmed added the engravings had been translated into Kurdish by researchers. These translators concluded the inscriptions refer to Demetrius. This king of Macedon ruled the region in the second century BC.

Mr Ahmed added: “This discovery will pave the way for researchers to conduct further archaeological investigations in the foreseeable future [in the Kurdistan Region].”

Many sculptures, tablets, and other materials resembling ancient Greek objects have been found across the Middle East, in addition to all over modern-day Asia.

Experts now hope this latest discovery will open up the region to further archaeological study. It is now thought increasingly-likely other important finds are almost certainly waiting to be unearthed in the vicinity.

Local press has reported that the find will be published in academic journals. The resulting data will is then expected to become available for study by other scholars.