The curfew in AANES indicates that the critical situation following the biggest attack by ISIS since 2019 is not yet over, and even as more reports emerge of new clashes starting in Haseke, northeast Syria, Western media outlets have dropped the ISIS attack from the agenda.

On Thursday last week a city in northeast Syria became the stage of the biggest attack by the Islamic State (ISIS) since its military defeat in 2019, and a curfew extending a week from today (Monday 24 January) throughout the whole region has been a clear reminder of the delicacy of the situation. Meanwhile the most visited Western media outlets no longer have even a single headline on what has been happening in the city of Haseke.

The BBC, the Guardian and the Independent based in the UK, Le Monde and France 24 in France, El Pais in Spain and the US-based New York Times and Washington Post had no headline on their front pages about the critical situation in Haseke on Monday. The German Deutsche Welle had a small headline.

The silence in the Western media has been incomprehensible, as the declaration of a curfew by the Autonomous Administration of North and East Syria (AANES) clearly showed that the the problem was far from being solved. The curfew, imposed from 6pm to 6am in all AANES territories, was declared on Monday, and will last until 31 January.

Hawar, a Kurdish News Agency, reported at around 3pm local time on Monday that the clashes, which left 175 ISIS members and 27 Kurdish fighters dead on Friday, Saturday and Sunday, have resumed with the use of heavy weapons around the Sina’a Prison, which houses thousands of ISIS affiliates. 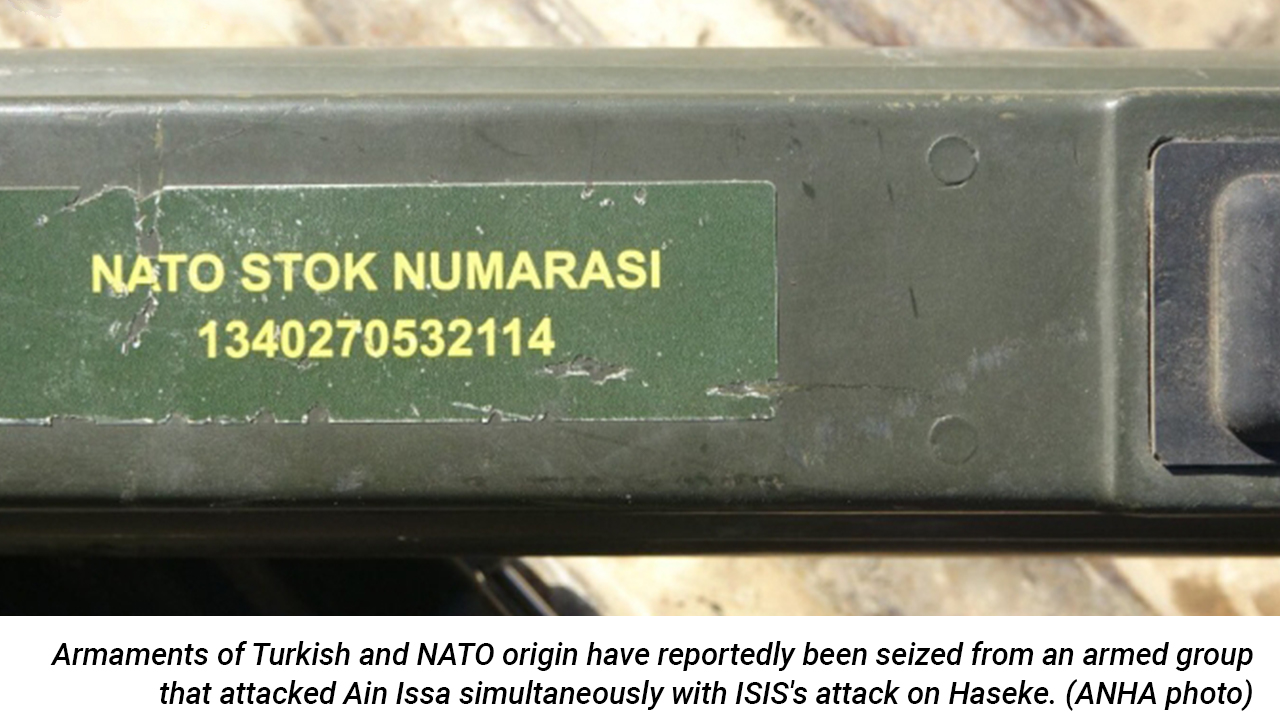 Roj News, meanwhile, reported that Turkish weapons were seized on members of an armed group that took part in an assault against the town of Ain Issa in the same region; an assault that coincided with the ISIS attack in Haseke.